After years of a painstaking renovation, the home was now their dream house. Unfortunately, a lack of outdoor entertainment space as well as a visual disconnect between several ancillary structures on the site, had now become more apparent to the couple. 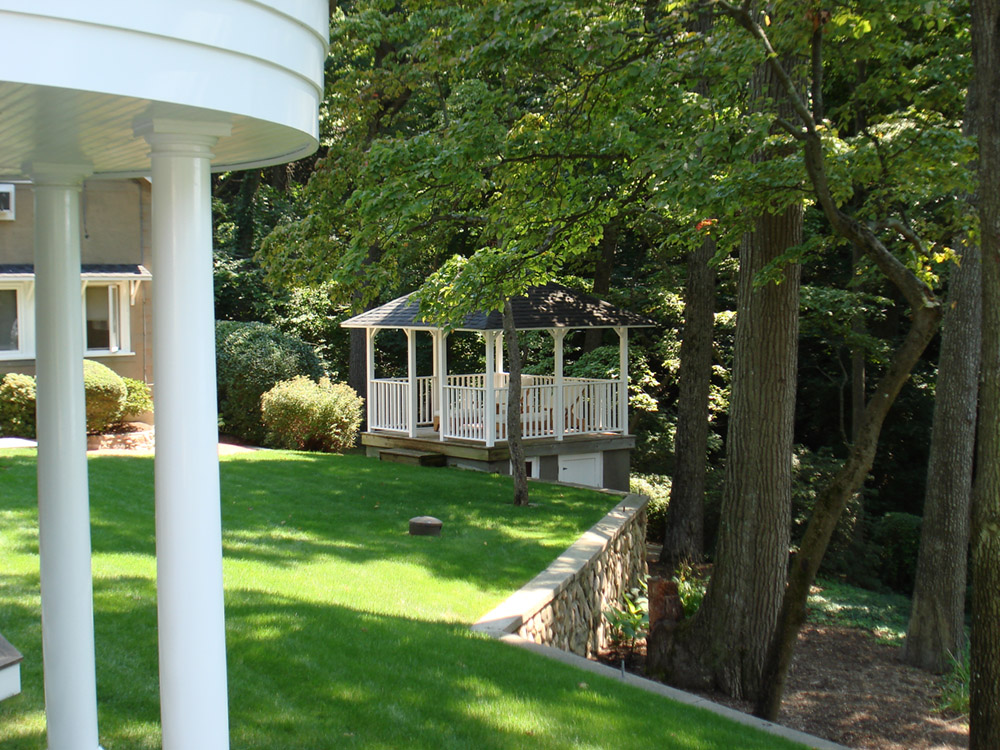 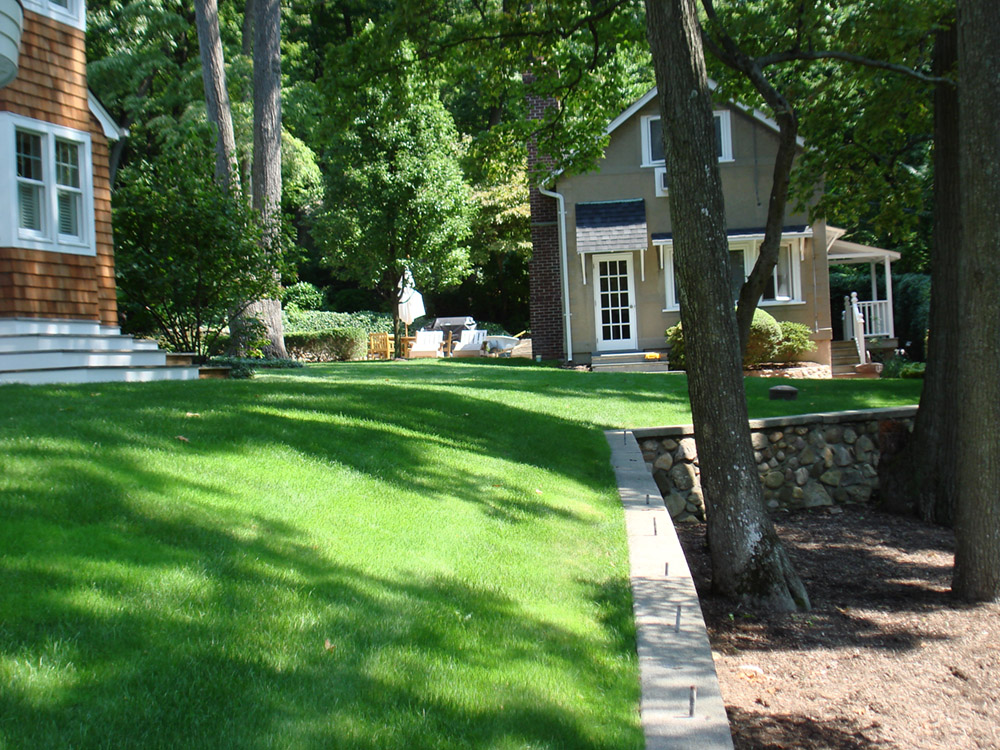 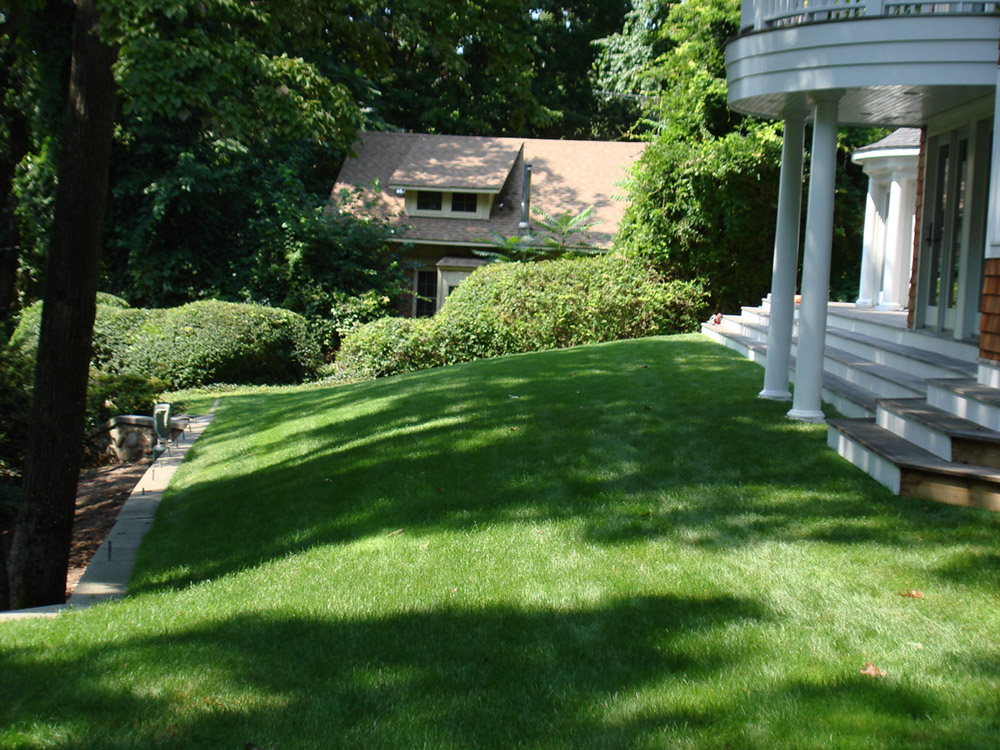 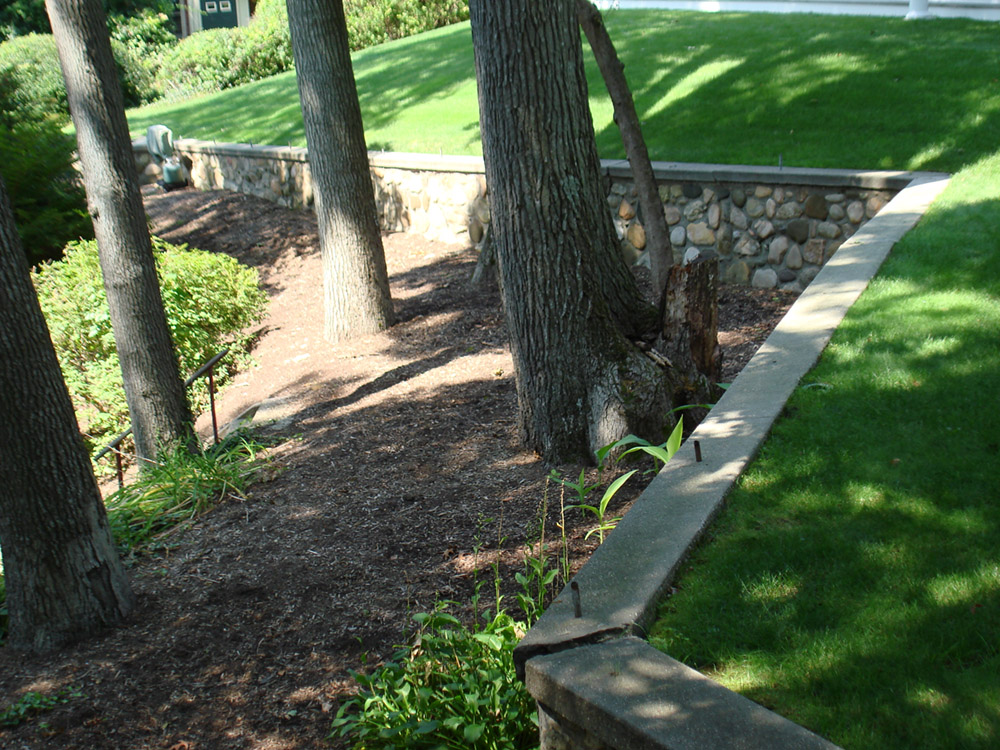 The structures existing on the property; the main house, guest house and gazebo were all supported by a 48” stone retaining wall created in the early 1900’s and uncovered by the owners initial site clean up. The wall, structurally sound and full of character was preserved and would ultimately play an important part in the design solution.

The lawn, although not a practical area for entertainment due to its slope, did provide a clean and unencumbered look back to the residence, which the owners appreciated. To help preserve this feeling, two distinct areas were developed. The first was a cantilevered deck, designed over the existing retaining wall, which, by the trees that surrounded it, provided a shady retreat from which to view the harbor. The mahogany deck surfaces, HB&G rail system, Ipe (Brazilian hard wood), handrails with Azek posts, so impressed the owner, that the existing deck rail system, on the master bedrooms veranda, was rebuilt to match. This rail added a clean low maintenance solution, which follows along the existing retaining wall; now also fitted with a new 2” bluestone cap. The new rail detail not only created a strong clean line, reflective of the residential architecture, but also helped to visually connect the two new outdoor spaces. The second area developed was a new bluestone terrace set at grade. This terrace now comfortably accommodates both family and guests alike.

Both deck and terrace repeat the curvilinear details of the residence and help to add depth and movement to the landscape. Simple down lights on each support post provide illumination, which extends the use of both spaces well into the evening and provide nighttime ambiance which can be viewed from the home.

There are now wonderful garden and harbor views,from within the house and from both the terrace and deck while providing safe and ample room for the homeowners and their guests. The modest yet impactful landscape touches made, have had a huge influence on the lifestyle of this family. 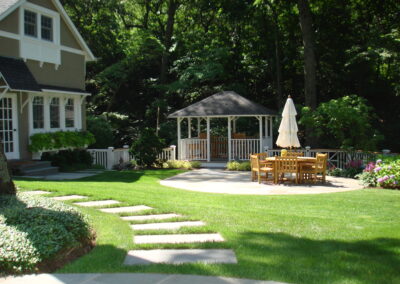 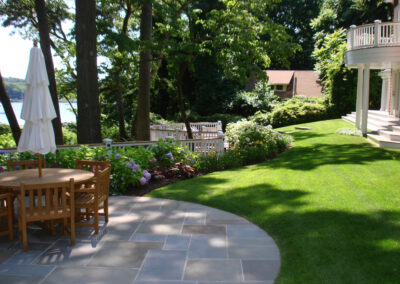 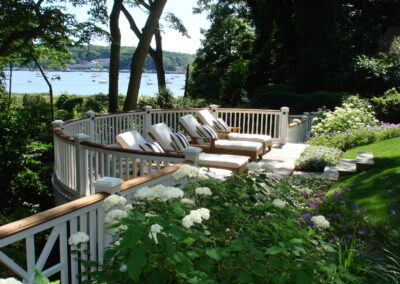 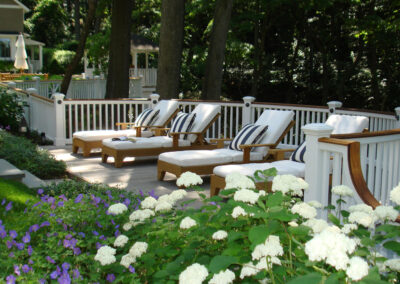 Let Us Plan your landscape project